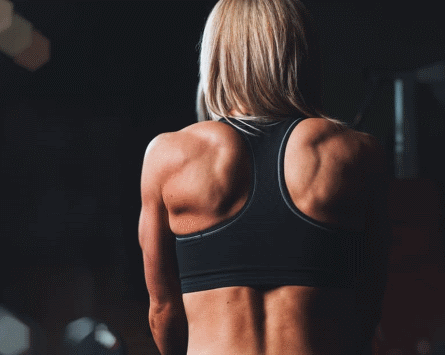 Can you believe the Olympics are over already? It seems like just yesterday, the London Olympics were beginning, when in reality, the Rio Olympics just took their final bow! It’s always an inspiring spectacle, isn’t it? Two weeks where athletes at their peak, compete against one another for the glory of their homeland. We witness the greatest physical specimens in the world, who have trained their entire lives toward one goal and one goal only, and some of them don’t even make the finals, let alone take home a medal. How do they do it? Sure, there is the training. Year after year, every day, all day- conditioning and practicing in the quest to take their natural skill to a level where they can compete with the best in the world. The physical component can not be understated.

But often it is the mental motivation, that makes up the difference between the silver and the gold. That little push that shaves a few milliseconds off your time and nudges you toward the finish line a tiny bit faster. Let’s take a look at some quotes from famous Olympians past and present, and see how we can use their advice in our own lives.

“Hard days are the best because that’s where champions are made. So if you push through the hard days you can get through anything.” Gabby Douglas, two-time gold medal winner in the 2012 London Olympic Games

This is valuable stuff! There is no Olympian who never lost a race, who never broke a bone or sprained a wrist. The walk to the podium is covered in bruises and losses. But they are still walking to that podium, because what didn’t kill them made them stronger.

“If you fail to prepare, you’re prepared to fail.” — Mark Spitz, winner of 7 gold medals at 1972 MunichOlympic Games

Similar to the quote before it, Mark Spitz is teaching us that some failure is to be expected, but it’s all but certain in you don;t put in the work. Preparation is key, no matter what your field, so put in the work behind the work in order to ensure success.

“‘Falling in life is inevitable—staying down is optional.'”
–Carrie Johnson, two-time Olympic kayaker

Okay, so you failed. Life is over, right? Of course not! The difference between the armchair Olympian and the real-life one (aside from athletic brilliance and thousands of practice hours) is relentless dedication. Falling over and over, past the point

“Each of us has a fire in our hearts for something. It’s our goal in life to find it and keep it lit.” — Mary Lou Retton, winner of gold medal at 1984 Los Angeles Summer Olympic Games

To have a goal you are passionate about is the key. That passion is what will keep you going when the goal seems too far away. Hold onto it!

“Nothing can substitute for just plain hard work.” Andre Agassi, gold medalist in tennis in 1996

You’re tired. It’s late. Or maybe, it’s too early. Toughness is what takes you from good to great. It separates the middle men from the leaders and it is what takes ideas up off the paper and into the real world. And there is no substitute for it, so get moving.

“I wouldn’t say anything is impossible. I think that everything is possible as long as you put your mind to it and put the work and time into it.” Michael Phelps, gold medalist in swimming in 2008, 2004, and 2012

Let’s end off with the king of the Olympics himself, because he probably knows quite a bit about hard work and determination. Michael Phelps is giving us some good, tried and true advice- that all is possible with hard work. Does this mean that we’re all going to win 23 gold medals? Unlikely. But that was his goal. He had the drive, along with the skills and physical makeup to turn the impossible into reality. You may not want to win the 100 meter breath-stroke, but this advice with work whatever you set out to do. Success takes just as much heart as it does arms and legs and brains. Don’t leave out that component.

A person can really learn from anyone, all the time. But how great is it to get into the mind of the best, to see how they got there? Use these words of wisdom as a guide and get up there on that podium!

Error: (#803) Some of the aliases you requested do not exist: Top.Israel.Interns.Masa.Internships
Type: OAuthException
Code: 803
Please refer to our Error Message Reference.
X

Get the Industry-Leading Guide
delivered Via Email

‘HOW TO KICK-START YOUR CAREER IN ISRAEL’